Home › Travel Lists › Europe In The Summer. The Best Places To Travel To In The Peak Summer Rush.

Europe In The Summer. The Best Places To Travel To In The Peak Summer Rush.

Everyone knows to avoid travelling through Europe in the height of summer, right? To avoid the vast summer holiday crowds it is always best to travel in the shoulder seasons of spring and autumn. Or is it? There is definitely a lot of truth to that advice, but that doesn’t mean you can’t travel through Europe in the summer high season. Here are the best destinations to see on the continent in the peak travel season to ensure you have the best summer ever.

Summer in Europe is the absolute high season on the continent, with most schools in most countries having their summer holidays over July and August, most popular resort and holiday destinations are packed to the brim with families on their holidays, especially since many places like the UK punish and fine parents for taking holidays at any other time; prices in these destinations shoot up, often more than doubling or tripling their off season prices, and with these high prices, crowds and extreme temperatures common wisdom will tell you that it is not the ideal time to have a European vacation.

But that isn’t always true.

So it may cost a little more to travel through Europe in the summer and it may involve a little more planning, but that is no reason to avoid the continent altogether. Here are some of the best destinations for travellers who want a European summer vacation.

Austria is well known as a world class winter destination, with skiing, snowsports and mountain climbing so good that Olympians and even the British Army train here. But as all the winter crowds dissipate once the summer months arrive it leaves Austria with a slow summer season that is perfect for travellers who want to enjoy some of the most stunning scenery in the world and enjoy some epic adventure travel opportunities without the crowds. So come for the adventure, the food and hospitality, and stay and lose your heart in the unbelievable surroundings.

It isn’t just the lack of crowds and the summer adventure that makes Austria appealing though. From July onwards, the month long Salzburg Music Festival makes braving the crowds in Mozart’s hometown worth the trip.

Europe’s coastal regions are almost always guaranteed to be jam packed and pricey in the summer season, with resort after resort swallowing up every patch of sand they can find, but one exception to that rule is Bulgaria’s Black Sea coast. No less picturesque or stunning than anywhere else it has somehow largely managed to stay off many tourist’s radar, which means it is perfect for intrepid travellers who want the European beach holiday experience at a fraction of the cost of Spain or the Greek Islands.

Granada is one of the single most under the radar and underestimated European cities I have had the pleasure of visiting for a long time, and it has even managed to charm its way onto my notoriously hard to please and venerated favourites list! As most people head to the coastal areas of Spain in the summer and fill up the resorts in Andalucia or the Costa Del Sol or head to Madrid and Barcelona on a city break,very few people head inland and Granada gives travellers a far less crowded and much more local experience.

From it’s grand, picturesque architecture and famously social culture to its rich historical heritage and surprisingly cosmopolitan feel there is so much to see and do in Granada. Even the rowdy impromptu flamenco bars with free tapas and the balmy easy going evenings where the entire city seems to come out to mingle makes sure that the fun doesn’t stop when the sun goes down. 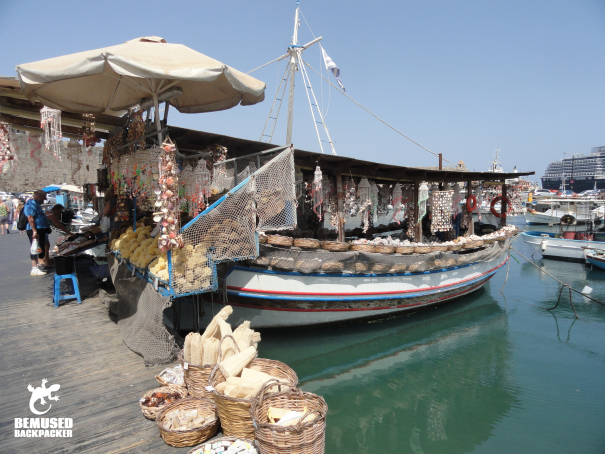 Rhodes is the home of Faliraki, one of the worst excesses of Shagaluf party package holidays in Europe, filled with 18 – 30 package holidaymakers who want nothing more than to party in the all night clubs, get completely legless and wake up in compromising positions.

But that is not all it is.

Although Faliraki is packed to the brim with package tourists and there are a smattering of resorts along the coast, inland and the old town of Rhodes is largely free of tourists apart from the odd tour group from the resorts, and it is very easy to escape the party crowds and explore Rhodes ancient history, including the treasure hunt for the location of the lost wonder of the world the Colossus of Rhodes!

Slovakia is a landlocked nation right in the heart of Europe, and it is honestly shocking that it is only now being discovered en masse by tourists following the latest ‘must see’ lists. The fact is Slovakia is a perfect budget backpacker destination. It is great value for money, has endless and unique adventure travel opportunities and most importantly is still largely undiscovered by international holidaymakers, making it a perfect place for travellers to escape the European summer crowds! 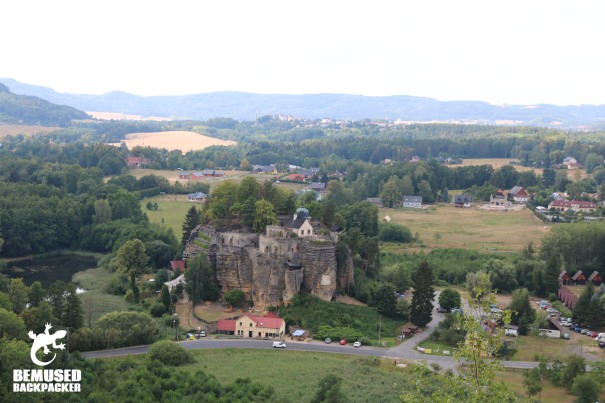 Prague is arguably one of the largest city break destinations in Europe, especially in the summer as tourists pile in en masse, but for some reason many tourists don’t venture outside of the capital into the rest of the Czech Republic which makes places like Ostrava, Liberec and Brno the perfect choice for an alternative European break.

Okay, it’s London. One of the busiest cities in London at one of the busiest times of year. It seems absolutely mental to suggest coming here, right? Well yes, in one sense it really is, but there are three very good reasons to brave the crowds and expense of London in the summer. Just a short trip away from London is Salisbury, home of the famous Stonehenge, and during the summer solstice in July is the only time the security gates are lowered and travellers can witness the ancient pagan celebration of the sun up close. In London itself August is the time that the Royal family leaves London for Scotland and Parliament take their annual holiday, allowing tourists to visit parts of Buckingham Palace that are normally closed off and take tours of Westminster, the home of the British government. The final reason is one of my favourite UK tourist attractions, the Harry Potter Studio Tour in Leavesden. Although this is open all year they have seasonal themes and attractions with different sets, props and activities on display. I have been a dozen times now and no I don’t care that I am the only 6″2 bloke stood in a queue with a load of families, mums and kids!

Liverpool is a destination that is often overlooked by international travellers to the UK who rarely move outside of the capital, but this is a huge mistake. Liverpool is a distinctly unique city with strong cultural links to the Celtic nations and a fierce national identity all of its own. Liverpudlian’s are proud Scouser’s first and English second.

With more listed heritage buildings, art galleries, iconic sites and tourist attractions than anywhere else in the country apart from London, a history that reaches back past the Domesday book and a recent surge of economic and social regeneration has transformed the city once again into a cultural powerhouse, Liverpool is one of the most energetic, friendly and culturally vibrant cities in the world, and if you visit in the summer there are always a multitude of unique festivals and celebrations such as the International Beatles Week in August.

In the summer Edinburgh is busy. Really busy. Locals and tourists flock to the Scottish capital, prices go up and hotels are filled quickly. That normally would be every reason to avoid the place like the plague but it is important to remember that in August there is one very good reason for these crowds. The world famous, month long Edinburgh Fringe Festival is held here with hundreds of venues across the city filled with comedians, musicians, artists and actors putting on show after show of endless entertainment. If you have never been it is an absolute must see at least once.

It is easy to dismiss Europe in the summer and try to escape the crowds and high prices by flying somewhere long haul, but the truth is Europe still has a lot to offer in the peak summer season, and not all of it involves being packed into an overpriced resort with a million other package tourists.

Is AirBnB Unethical And Irresponsible?

Travel Is Much More Than Just A Holiday.

What Happens When A Backpacker Goes On An All Inclusive Holiday?

12 comments on “Europe In The Summer. The Best Places To Travel To In The Peak Summer Rush.”