Ireland has an almost romantic stereotype associated with it by various travellers who come looking for the perfect vision of the Emerald Isle, and Ireland delivers to each and every one of them in style.

Torn by decades of terrorist activity and civil conflict, there is hardly a trace of that recent history now as visitors flock to Ireland with visions of rolling emerald hills, lush countryside steeped in myth and tradition, country pubs filled with Guinness and friendly locals blessed with the gift of the gab, and they are rarely disappointed.

It is easy to have a lot of fun here in Ireland, with plenty to do for those with an interest with outdoor activities or myth and history. Ireland’s resurgent tourism industry may have been started by it’s association with Game of Thrones and Star Wars, not to mention countless other films and TV series, but the tourism boards focus on the Wild Atlantic Way and Ireland’s Ancient East means that there is more than enough to keep anyone occupied no matter their interest. And for those who want a modern city break in a cosmopolitan, modern city, then you will find what you are looking for in Dublin, although you can expect to pay a pretty penny for the experience! 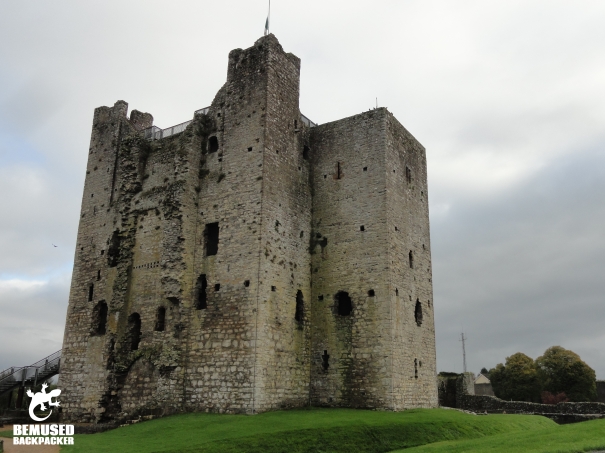 Most visitors to Ireland, as in the rest of the UK, will have very little trouble in settling into the culture. The UK as a whole is extremely welcoming of all visitors and has a diverse, multicultural population, and this is particularly true in the land of ‘a hundred thousand welcomes’, especially if you aren’t too slow with getting your round in at the pub!

On a practical level Ireland is split into two, with Northern Ireland belonging to the UK and the Republic of Ireland deeply in the European Union. This doesn’t really hold too many practical problems for the average visitor, just be aware that the currency will change across the border.

Members of the EU do not need a visa to enter, stay or work in the UK or the Republic. Citizens of the USA, Canada, Australia, New Zealand and many other countries can visit for up to six months but cannot work.

Citizens of other countries must apply for the relevant visa dependant on whether they intend to be a general visitor, family visitor, business visitor or any other relevant category.

There are no specific immunisations needed to visit Ireland. Reciprocal healthcare arrangements between the whole of the UK and many countries throughout the world allow for free or at least subsidised treatment. The Republic has a separate NHS system to the UK but runs under the same principles. Everyone will get free care at the point of delivery via the NHS, but it is still essential that you have valid and comprehensive health insurance and an EHIC card if you are from the EU. One issue with healthcare in Ireland is abortion however, with deep seated religious dogma often at odds with the medical practice.

Ireland is generally very safe with relatively low crime rates. This does not mean that crime does not occur at all, but reasonable common sense precautions for your personal health and safety are enough to keep you safe.

On a practical level Ireland is split into two, with Northern Ireland belonging to the UK and the Republic of Ireland deeply in the European Union. This means that Northern Ireland retains the British pound (GBP) and Southern Ireland has the Euro.

Ireland in general is quite expensive to travel through, especially long term, and even more especially if you spend any length of time in the larger cities such as Dublin which can match London for prices. A budget traveller will only just get by in Ireland on less than £40 – 50 GBP a day. A much more realistic budget is £60 – 80 GBP upwards if you want any type of comfort or want to do anything.

Like the rest of the UK Ireland has its major high seasons in June, July and August and a further season in December for Christmas and the New Year. Accommodation can be much more difficult to get in these periods and it is wise to book ahead, and is often much more expensive too.

The weather is at best unpredictable, and on the whole can be cold, grey and wet for much of the year. Crisp sunshine is not unheard of in the summer months, but cannot be guaranteed. More often than not Ireland is battered by strong wind and rain from the Atlantic pretty much year round, but especially in the winter months.

Most visitors to Ireland end up at Dublin at some point, to the point that it is almost an ubiquitous Irish experience! Dublin really is an Irish cultural powerhouse, so enjoy the amazing architecture, the museums, the multitude of pubs all claiming to serve the best pint and take a Guinness tour or two and the ‘craic’ with the locals.

Visit the rebel city not just for the great nightlife, but also for the picturesque architecture, the Cathedral and as a great jumping off point for visiting Blarney Castle and the Southern coastal region. Cork isn’t huge, and for a city with such a long history it still retains a  is relatively easy to explore on foot. There are plenty of little cafes and eateries that you can stop off at to replenish your energy levels and grab a drink at too.

The Hill of Tara.

The Hill of Tara has been a major ritual site since the Stone Age, is currently an expansive archaeological complex and is one of the most  significant sites of ancient Irish history and mythology. It was considered the political centre of Ireland from the times of the mythological Fir Bolg and Tuatha Dé Danann, later being used by the High Kings of Ireland to hold court. It is associated with the Pagan Goddess Maeve and is even the source of the shamrock becoming the Irish national symbol, after St. Patrick used one here to explain the Holy Trinity to convert the pagans to Christianity .

This Irish seaside town just an hour or so from Cork almost personifies every stereotype of Ireland you can think of, beautiful small villages, stunning coastal landscapes, friendly locals and a small village atmosphere. There are plenty of opportunities for outdoor sports and activities, and a great heritage walk to enjoy. 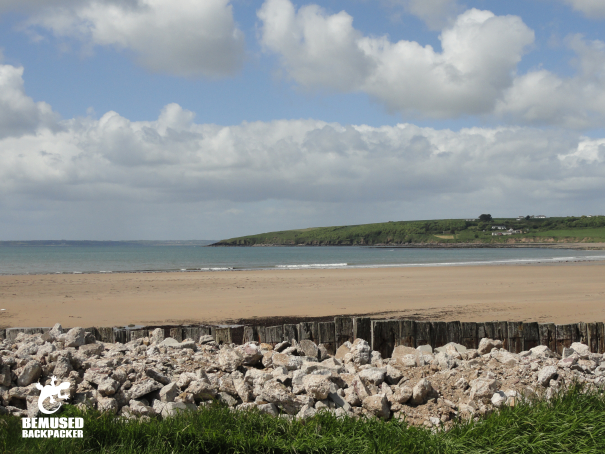 Ardmore is a quaint Irish village that is popular with tourists in the summer, with a large proportion of the houses on the coast holiday homes. Ardmore has some of the most beautiful coastline in Ireland, with some truly dramatic landscapes and an interesting history. It is a small village with a friendly atmosphere, filled with some fantastic seaside eateries and cafes as well as some unique arty businesses, this small village is well worth a visit.

Kilarney is an amazing and very popular destination filled with medieval ruins, castles and abbeys, visit here and you are guaranteed to be entranced by the timeless charm of Ireland’s past. To be fair Ireland is steeped in history and seems to have a ruined castle or abbey around every corner, but since doing at least a little castle hopping is mandatory in Ireland, you may as well do it in this beautiful spot.

Brú na Bóinne is a Neolithic site of worship at Newgrange, a UNESCO heritage site and one of the worlds most significant prehistoric landscapes. Said to predate Stonehenge and the Pyramids of Giza, it is so old and layered with so many myths that not even the historians and the archaeologists can tell fact from legend. Come here and listen to the legends and stories that attempt to make sense of why the site was built and exactly how it is aligned with the rising sun at the Winter Solstice, a unique phenomenon that fills the inner chamber of the passage tomb with light.

Okay, so you may or may not believe the stone gives you the famous Irish gift of the gab, but heading up to Blarney Castle just outside of Cork to kiss the blarney stone is a must do for any visitor.

Visiting Ireland is great at any time of the year, but if you ever get a chance to be there on March 17th then take it because you are in for one hell of a party! Apparently there is a correlation between the original meaning of driving the snakes out of Ireland and getting extremely drunk, but it somehow gets lost in translation and the noise of partying revellers.

Walk with the wildlife at Fota Wildlife Park.

Just a short train ride away from Cork, and with it’s own train station just to make visiting all that much easier, this amazing wildlife park is well worth a visit. It has an open air policy for many of the animals, which means that many roam freely through the park with numerous staff on hand to ensure tourists and visitors don’t try to feed them. There are obvious exceptions such as the Cheetah enclosure, so you can view these magnificent animals in what are large, well maintained and well designed enclosures. The park is only small and can easily be visited in half a day, but is currently extending and building new habitat zones.

Hop over the Giant’s Causeway.

This UNESCO world heritage site is perhaps one of Ireland’s more famous landmarks, and the legends surrounding the basalt columns, that they are actually the stairway of ancient giants just makes hopping over the geological landmark all the more interesting and even romantic.

Uncorking The Rebel City In Ireland.