Home › Travel Lists › 5 Free Things To Do In Liverpool.

5 Free Things To Do In Liverpool.

Travel doesn’t have to be as expensive as you think, and even some of the most expensive destinations in the world have some amazing free sites and activities to keep even the tightest of budgets happy.

Despite being one of the major centers of power in the British Empire and having a rich cultural, artistic and historical legacy that will stand against the world’s finest, Liverpool is not as well known as a tourist destination as many other places in England and is constantly underestimated and overlooked in favour of London and some of the UK’s other destinations.

Liverpool is a distinctly unique city in that as much as it is part of the UK, culturally it is almost an island with strong cultural links to the Celtic nations and a fierce national identity all of its own. Liverpudlian’s are Scouser’s first and English second. Thanks in part to this proud identity and a tough reputation of being a city of rogues and thieves brought about by the long period of social poverty and deprivation throughout the last century and in particular the post war years, Liverpool is constantly misrepresented, misunderstood and is often at the receiving end of a joke or two; but that is okay, because Scousers are famous for their sense of humour and we invented sarcasm, so this amazing underdog city gives as good as it gets and comes out on top every time with enough sights and activities to keep even the most frantic traveller busy for months!

Apart from being named one of Rough Guides top ten cities to visit in 2014 and still riding high from being named the European Capital of Culture in 2008, Liverpool has It has more listed heritage buildings than anywhere else in the country apart from London and a surge of economic and social regeneration has transformed the city once again into a cultural powerhouse. Liverpool also happens to be my home city, and in my opinion one of the most energetic, friendly and culturally vibrant cities in the world.

Okay, so we may nick your wallet or car when you visit, but at least we’ll tell you a joke to cheer you up about it! And if you do end up penniless, then at least there are plenty of amazing free things to do to keep you occupied! These are just a small handful of them.

Few things are as quintessentially Liverpudlian or as synonymous with the city as the Albert Dock. This famous and historic landmark has been at the heart of Liverpool’s waterfront since the mid 19th century.  Apart from holding some of the city’s greatest attractions in the shape of the Tate Modern and the Merseyside Maritime Museum and a slew of cutting edge bars and restaurants, this UNESCO world heritage site has the largest collection of grade 1 listed buildings in the whole of the UK. It has also played a key role in British history, especially during the industrial revolution and both World Wars. It is also the home of numerous festivals such as the Tall Ships Race. No visit to Liverpool is complete without spending at least a little time here.

Liverpool Cathedral is the largest Cathedral in Britain – an impressive title in a country famous for its cathedrals and historic landmarks – and is truly a spectacular space. It is completely free to enter and is well worth an hour or two just to see the beautiful architecture, but it is the space inside that will really take your breath away! The cathedral doesn’t boast about its size for nothing! For great views of the city, head up to the roof too.

And the other one. (Yes, Liverpool has TWO Cathedrals! We’re just that good!)

The Liverpool Catholic Metropolitan Cathedral is significantly more modern than the Anglican cathedral in both age and design, and anyone with an appreciation of architecture and design will instantly be in awe of this surprisingly fantastic space. Like the Anglican Cathedral, it is completely free to enter but there are small surcharges to visit some areas such as the Lutyens Crypt and Treasury.

This picturesque beach just a few miles out of the city centre is home to the famous ‘another place’ piece of art, with life size, cast iron statues of the artist spread out for over 1000 yards across the shore, looking out to sea. It’s a strange, haunting sight and a must see for all art lovers.

Liverpool is home to some of the most impressive art collections in the country, and the fact that you can view all of them for absolutely nothing makes a trip here worthwhile just for that alone! The famous Walker art gallery is home to some impressive Renaissance collections as well as pieces by Degas, Rembrandt, Turner and others. If that wasn’t enough culture for you the building itself is right in the middle of the impressively picturesque William Brown street, the UNESCO heritage site and cultural heart of the city. 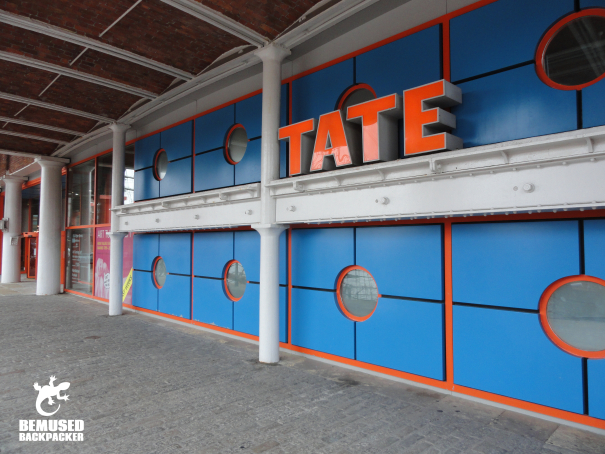 But if that wasn’t enough free culture for you, how about the world famous Tate gallery? If modern art is more your thing, you could easily lose yourself for hours in this famous institution. The Bluecoat is yet another grade 1 listed building right in the retail heart of the city centre. It holds year round visual art, literature and even dance and musical performances all for free. Sure you can spend money at the bistro’s and upmarket cafe’s or the boutique clothing and jewellery shops, but the gardens, performances and art won’t cost you a thing.

Liverpool has some of the best museums in the country, and they are all free! There are a plethora of small and quirky museums to choose from and the larger more established museums are well worth your time. Among some of the best are the Merseyside Maritime Museum and the International Slavery Museum focus on the cities epic maritime history, and the new Liverpool Museum built on the waterfront shows Liverpool’s frankly surprising and underestimated contribution to world history. It is the World Museum that takes the crown though, with entire floors devoted to natural history, one of the country’s most established anthropology collections and some fantastic exhibits devoted to Egyptian, Roman, Grecian and other cultures. This amazing museum even has the countries only free planetarium!

Okay, I tried to leave them out but I just couldn’t do it. The Beatles. Liverpool is so much more than just the Beatles, but everyone who visits Liverpool wants to see a little of the home town of one of the world’s largest and most famous musical phenomena. There are plenty of places such as The Beatles Story at the Albert Dock that charge an entrance fee, but one of the best ways to get your Beatles fix without spending a penny is by visiting the world famous Cavern Club. The Iconic club where the Beatles first started out is still a venue for live acts today, and carries Liverpool’s proud musical tradition forward by showcasing a variety of unsigned acts, solo artists and cover bands daily, and it is absolutely free from Monday to Wednesday.

I hope you are enjoying this ‘free things to do in …’ series and find it useful, if you have any specific requests then please let me know in the comments section below. If I have been there then I’ll add it to the list!

5 Free Things To Do In London.

Is Backpacking Just About Travelling The World?

6 comments on “5 Free Things To Do In Liverpool.”