Home › Destinations › Getting Lost In The Footsteps Of The Knights Of Rhodes.

Getting Lost In The Footsteps Of The Knights Of Rhodes.

Posted on October 19, 2015 by Bemused Backpacker — Leave a comment 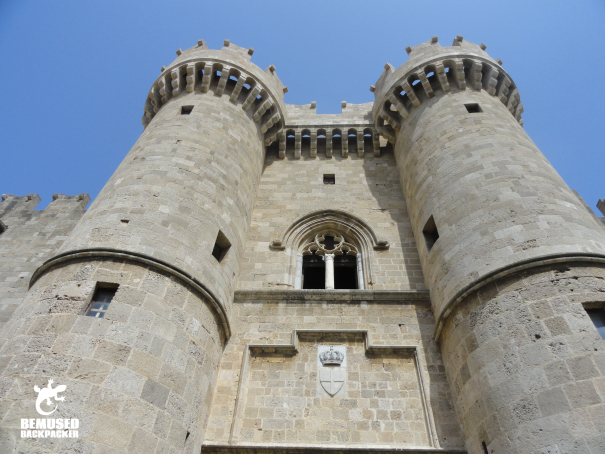 Taking the time to explore Rhodes beyond the touristy facade led me to delving into the history of the knights of the Order of St John in the the oldest living medieval town in Europe.

This isn’t a foray into a strange Monty Python sketch whilst escaping the confines of mass tourism, but instead it is a tale of a wholly unexpected adventure into the history of this ancient Grecian frontier.

My adventures in Rhodes up until this point had been confined to a few days of holiday time resting by a pool and enjoying a good book, but I had been getting increasingly restless. The independent traveller in me was getting a little fed up of the package holiday mentality and I needed to escape for a while and explore my surroundings.

So eschewing (and for that read avoid like the plague) the ridiculously overpriced guided tours offered by the resort I was staying in, I simply wandered outside and true to my backpacker roots caught the first local bus that came along. The bus took me to the town of Rhodos and past the medieval walled ‘old town’, an overused moniker on so many touristy islands to describe anything that isn’t a resort for the benefit of tourists.

In this case the word old is more than just a derisive nickname. This medieval town is a wonderfully preserved snapshot of the past that has been designated a UNESCO world heritage site since 1988 and is more than a simple archaeological or historical wonder. Made into a stronghold by the knights of the Order of St John of Jerusalem and subsequently coming under Turkish and Roman rule after the knights were banished or fled after an extended siege in the 16th century, this ancient town still lives and breathes with the activity of the Rhodians who still live and work there today. Now it is the oldest living medieval town in Europe.

Being a huge history geek, I couldn’t pass up the chance to visit this ancient stronghold, once one of the most strategic points in the region and home to the Knights of Rhodes, and let my childhood fantasies of being a valiant knight with a sword in my hand once again run rampant.

From my own reading and research, I knew a little about the history of the walled stronghold, and I knew that the palace of the Grandmaster of Rhodes was in there somewhere. What I didn’t know was where, but I decided to make that my goal anyway.

Finding the palace proved a little harder than I thought it would.

The medieval old town of Rhodes isn’t so much a town as it is a tangled maze that would put the Labyrinth of Knossos in Crete to shame. There are seven gates around the fortified walls, each with their own entry points, and there is absolutely no logical plan to its hundreds of streets. Many streets don’t even have a name! They simply wind together in a jumbled mess that somehow forms a cohesive whole. 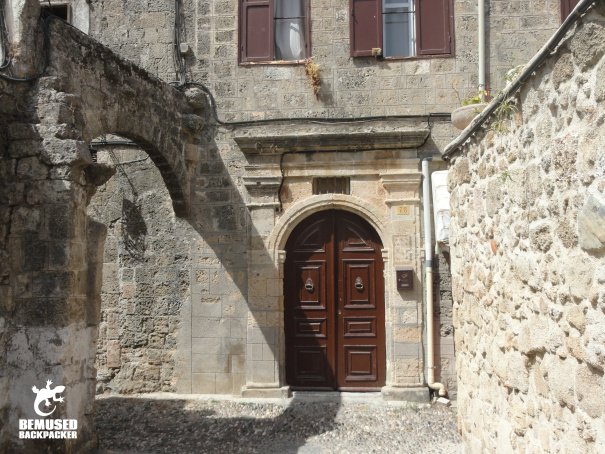 And exploring it was glorious!

Every stone, every brick seemed to bleed the history that it had been witness to. This was the city where the Knights of Rhodes held out as the last Christian bastion in a Muslim dominated region, where endless battles and seiges had taken place, where it’s inhabitants worshipped the gods of a multitude of religions, evidence in the smorgasboard of Christian churches, mosques and even ancient temples to Aphrodite and other Greek deities.

Of course in it’s modern incarnation it is impossible to escape the clutches of mass tourism completely. Street after street was filled was touristy restaurants and bars and line with vendors selling endless supplies of overpriced tourist tat. Everything from fridge magnets and postcards to cheesy T shirts were on display as far as the eye could see (or at the very least until the street decided to veer off in a random and inexplicable direction).

Even the tour groups I had been so intent on avoiding swarmed the streets like a modern invading army. Being led around like sheep being fleeced of vast amounts of money. 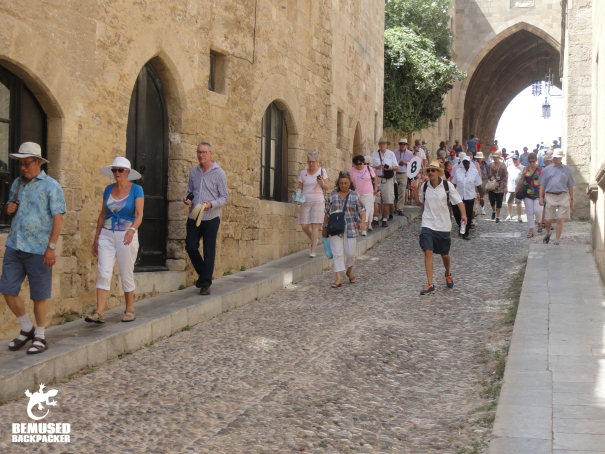 It seemed at times like there was no real escape from mass tourism, but the further I explored, the more I walked down the many unnamed alleys and side streets and down the length of the ruined medieval walls, the easier it got.  Walking away from the tourist vendors and bars, I got absolutely and wonderfully lost.

I stumbled across a vast cross section of the towns history completely by accident. The ancient Greek and Hellenistic periods of the city could still be glimpsed through ruined sites such as the temple of Venus, and although not as extensive or as majestic as buildings and ruins from other periods, still served to remind those who knew about the history that entire civilisations rose and fell here.

But it was the famous Street of the Knights that captured my imagination more than anything else here. 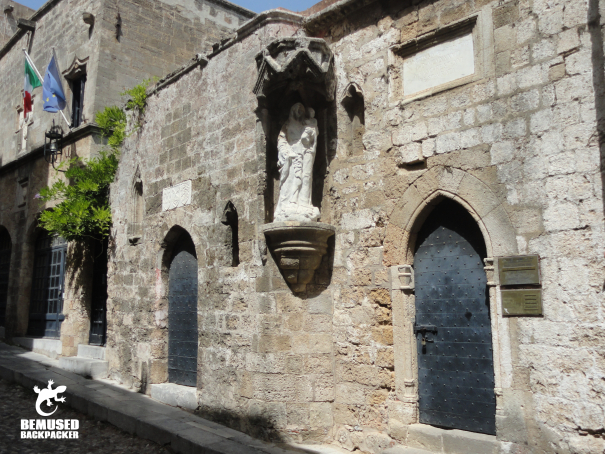 This cobbled, picturesque street is a perfectly preserved picture of the medieval history of the old town. Constructed over an ancient pathway that led from the port to the Acropolis of Rhodes, the street became the focal point of the lives of each of the Knights of St. John, holding inns, lodgings, eating houses and places of residence for visiting dignitaries from around the world, each one with a unique architectural flamboyance to reflect the dignitaries varied cultural heritage.

Most of these sites are of course included in any of the mass package tours, and are marked out on the tourist maps I belatedly looked at before I left to ensure I didn’t miss anything, but getting lost and discovering these sights through my own exploration made this trip even more special. It was the sense of wandering through history itself, of simply taking my time to soak up the atmosphere alone that allowed me to look beyond the facade of the touristy spiel and imagine I was back in time, fulfilling my own childhood fantasies of being a knight!

And nothing compounded that feeling more than walking up the Street of the Knights to see for the first time the Palace of the Grandmaster of the Knights of Rhodes.

Built at the highest point in the city, this impressive structure is almost a quintessential medieval castle, as if you had made real a young boy’s artistic imaginings of what a knights castle should look like, and has been perfectly preserved and restored to it’s former glory. This wasn’t just a grand house for the nobilty, this was a working castle and evidence could be seen everywhere that these fortifications had seen there share of action in defence of the city. Built as a Byzantine fortress and later modified by the Knights of St John to work as their citadel, my mind could easily imagine the ghosts of the knights who lived and died here still going about their daily routines in what is now kept as an open museum.

Like most of Rhodes old town, this castle was history come alive.

By exploring Rhodes old town on my own and without a guide, the city surprised me by allowing me to understand it just that little bit better. I saw parts of the city that most tourists wouldn’t and I felt like I had delved that little deeper into the history of the ancient town. I had walked parts of the ruined walls and fortifications without another tourist in sight, I had worked to find the glimpses of the past that the walled city had given me, and I had walked in the footsteps of real knights who lived and served here.

What Happens When A Backpacker Goes On An All Inclusive Holiday?

Why It’s Good To Get Lost On Your Gap Year.