The Czech Republic has become the born again tourist hotspot of central Europe as travellers begin to discover a world of grand castles and Bohemian culture outside of the capital Prague.

Once a bastion of Communism, the Czech Republic has catapulted itself into one of the most popular travel destinations in Europe. Known now as a modern Western European country that has made huge strides economically, politically and socially since joining the EU, the Czech Republic still has extremely strong ties to it’s Slavic past and a culture so deeply rooted in tradition that you will be hard pressed to find such a unique country right in the center of Europe.

The Czech Republic is a very distinctive heart of Central Europe, with heavy social, political and economic influences from the West while retaining strong ties to it’s Slavic roots.

Most Western travellers will get by in the Czech Republic with very few cultural problems. Learning a little of the language will help immeasurable but English is also widely spoken as well as a few other European languages to a much lesser extent.

Citizens of the UK and EU countries can freely enter the Czech Republic and are entitled to apply for visas to stay indefinitely.

Citizens of the US, Canada, Australia, New Zealand and many other countries can stay in the Czech Republic for up to 90 days without a visa. Other nationalities outside of the EU should check current visa requirements. It is important to note that the Czech Republic is a member the Schengen Zone, which imposes its own 90-day visa-free travel limit on visitors from outside the EU.

There are no specific vaccinations necessary for any visit to the Czech Republic beyond the basic routine vaccinations that are always recommended, and the country has an excellent health care system that is easily accessible. Health insurance is still absolutely essential, and members of the EU should carry an EHIC card for access to any reciprocal healthcare.

The Ultimate Guide To Travel Vaccinations.

Why Travel Vaccinations Are Important.

The Czech Republic is generally very safe with relatively low crime rates. This does not mean that crime does not occur at all, but reasonable common sense precautions for your personal health and safety are enough to keep you safe.

The Reality Of Fear And The Truth About Travel Safety.

Travel Safety Advice. The Good, The Bad And The Downright Crazy.

The unit of currency in the Czech Republic is the Czech Crown.

The Czech Republic is not the extreme budget destination it once was but is still great value for budget travellers. As in most European countries accommodation and transport will set you back the most.

Budget travellers sleeping in cheap dorms, eating cheap, basic street food and limiting activities can get by on £35 – £60 gbp a day. Mid range travellers staying in private hotel rooms, eating at the occasional restaurant, getting the occasional uber or taxi can get by on anywhere between £70 – £160 a day, and as usual the sky is the limit in terms of luxury beyond that.

As can probably be expected, prices in Prague are significantly more expensive in Prague than they are in the smaller towns and regions, and that is true for the other cities to a slightly leser extent, so travellers spending a lot of time in the major cities should tighten up their budgets a lot more.

Any time is a good time to visit the Czech Republic. Weather is often mild in general, with extremes in the summer and winter. Peak season is the summer holiday months in Europe of July and August. The shoulder seasons are ideal in the spring and autumn.

Prague is the city that put the Czech republic on the map and almost every traveller who visits this country ends up here at some point, but it is far, far more than its stag do reputation would have you believe. A still intact medieval core is the heart of Prague that beats under a cosmopolitan exterior, with Gothic and Renaissance architecture blending in perfectly with a vital urban city with an abundance of culture, nightlife and hipster bars and restaurants, giving a lot to do for travellers of every type and persuasion. It is hardly wonder that it has been one of the most popular city break destinations in Europe for a long time.

This small church in Sedlec seems like nothing special at first glance, but it is the ossuary underneath it that makes it worth the visit and gives the church its ominous nickname, the Church of Bones. This ossuary is filled with decor, ornaments and furniture made out of human bones, the macabre decoration made even worse by the festive way human remains are displayed. If you can stomach the thought, it is one of the most unique sites you will see in the Czech Republic.

Mala Skala is a small village on the bank of the Jizera River, known locally as the pearl of Bohemia and for good reason. The forests and limestone peaks surrounding the village culminate in an ancient fort that makes for a perfect afternoon for exploration.

Sumava is the Czech Republics largest national park, and the vast area of forest, lakes and streams bordering Austria have a ton of hiking and walking trails.

This UNESCO protected, fairytale town in South Bohemia is seemingly untouched by time. Centering around the eponymous castle, the mixture of Gothic and Renaissance buildings give it a feeling of a modern medieval town, a feeling helped by the regular fairs, festivals and cultural events. 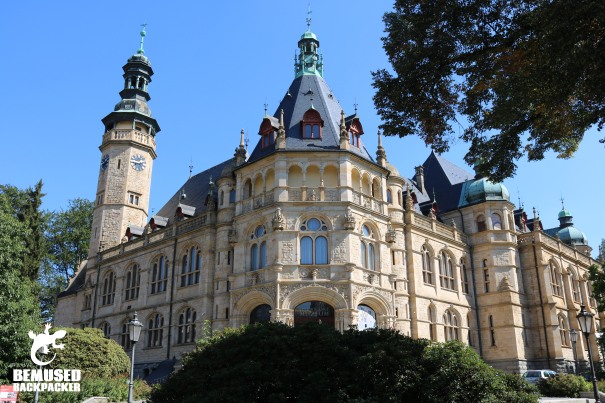 A small, picturesque city in the Northern Bohemian Region, Liberec hovers on the line between hipster boutique urban and quaint traditional town. Oozing with culture, the city is surrounded by mountains, hills and countryside that are perfect for adventure sports.

The Czech Republic’s second city, Brno is a perfect alternative for travellers who have seen Prague and want something similar but different, with a lot less tourists around. The city boasts a large collection of museums, theatres and one of the largest universities in the Czech Republic, giving it a very strong student vibe, and that is before you get to the too many historical monuments and sites to count, it’s own cathedral and even a castle.

Located not far outside of Brno, this fantastic natural feature is a huge 140 meter sinkhole that has become a popular tourist area and a significant site on hiking trails leading up to the Punka caves.

The Jizera mountains are a breathtaking mountain range near the German border with a blanket of forested peaks stretching as far as the eye can see, with a golden cap in the form of the hyperboloid shaped hotel and television aerial on Jested mountain.

Marvel at the architecture on a walking tour.

It really doesn’t matter if you take an organised tour or simply wander by yourself, there are so many towns and cities in the Czech Republic where the architecture is just beyond superb, and simply wandering around and enjoying the mixture of Gothic, Baroque, Renaissance and even the odd art deco style here and there is easily one of the best ways to fill an afternoon.

The area around Prague is known as the central Bohemian region, and the Bohemian paradise is a protected nature reserve filled with vast tracts of forest, limestone rock formations and countless hills and caves that are perfect for hiking and exploring.

Get some target practice. 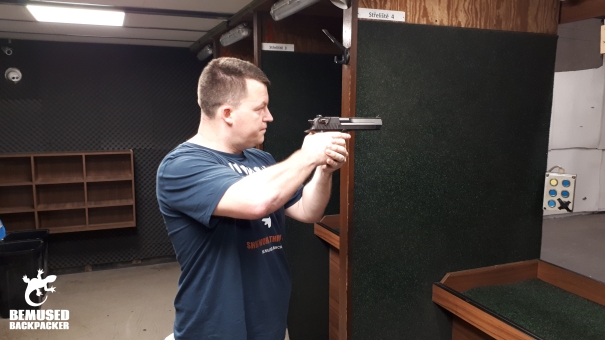 The Czech Republic has sensible gun laws and allows for the use of firearms with a license. As such there are a number of shooting ranges throughout the country that you can go in and – for a fee – get some target practice in.

Wander round the botanical gardens.

The Botanicka Zahrada is an ideal place to spend the afternoon surrounded by tropical plants and flowers, with a range of different zones and displays to enjoy if you want to step away from the norm and do something a little different.

Reflect at the remnants of a World War.

Central Europe was the heartland of Nazi Germany in WWII and the Czech Republic saw more than its fair share of horrors during that time. For those interested in recent history there are a number of sites including the Terezin Concentration Camp. It isn’t for the faint hearted but is a fascinating way to spend an afternoon.