Why I Hate Traveller’s Selfie Sticks! 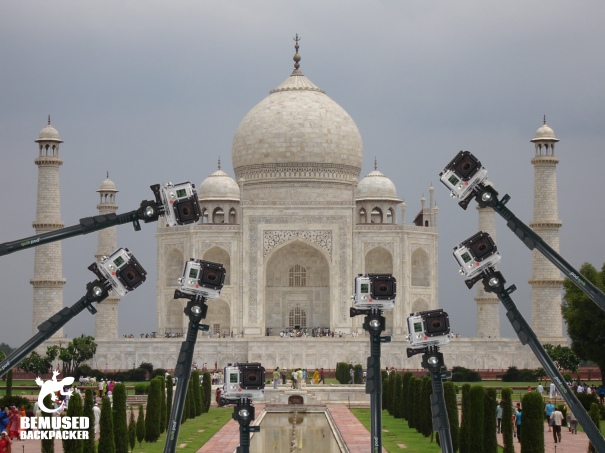 The selfie stick phenomenon is an absolute curse on the travel world, a blight that should be banned until people learn some consideration, or at least gain some situational awareness and common sense!

Selfie sticks themselves have actually been around for quite a while now as useful camera accessories – albeit without the ridiculous moniker – and have been popular in Asia in particular for quite a few years. It is in the last year or two  however that they seem to have really exploded in popularity, to the point where they are starting to become an unofficial uniform for every blogger, backpacker and world traveller.

Selfie sticks are nothing special, they are essentially just extendable handles that attach to any given camera and allow the user to take self obsessed, gurning selfie shots beyond the range of their own arms. That’s it.

But I hate them!

Okay, to be fair it isn’t really the stick itself that I hate. At the end of the day it is just a piece of equipment, a simple accessory for a camera or smartphone, Nothing more, nothing less. And when used in the correct context – such as difficult positions on adventure activities where it wouldn’t be safe or practical to lean out with a camera – they can even be useful tools. I can accept that.

It’s not even the vacuous fad of the selfie I hate. Well, not really. Although to be fair I do rage on it quite a lot and I don’t understand the fad at all. I think it is weird, self obsessed and vain, and can’t for the life of me figure out why anyone would want to see a picture of my grinning, ugly mug instead of the awesome scenery behind me. Myself included!

I know what I look like for crying out loud, I want to remember the thing I am taking the picture of!

But saying that, some people do like selfies and I suppose that’s fine too. They aren’t really harming anyone and who am I to say what people can and can’t enjoy? If selfies are what you are into, then knock yourself out, take as many pictures of your face as you like and enjoy. I don’t get it, but to each their own.

The thing that I do absolutely hate about this ridiculous fad is the way these sticks are used.

It isn’t the stick itself or even the reason people are using them. What is absolutely guaranteed to get on my nerves every single time is the self absorbed selfishness and the complete inconsiderate lack of manners that so many travellers exhibit as soon as one of these tools of unbridled narcissism is brandished.

I have had views of great live shows around the world, particularly in Asia, completely blocked by walls of these offensive accessories. I have seen people swing them around in crowded areas, the record button on their camera switched on and their tiny minds completely oblivious to anyone else around them. I have nearly been hit with a swinging camera on the end of a stick more times than I can count, actually been hit more than once and have seen others actually struck with them plenty of times too.

Accidentally I am assuming, but still.

I have seen swarms of travellers and tourists ruin everyone else’s chance of seeing or photographing a spectacular sunrise or a once in a lifetime visual experience without having cameras on sticks protruding into view.

I have even seen mindless idiots reach over the rails in zoos to practically shove their cameras as close to an animals face as possible! I saw one moron almost hit a panda with his stick by getting too close in Singapore before the staff could intervene, and another inconsiderate idiot mysteriously lost his stick – camera attached – to the water on the River Safari when he ignored many warnings to stop swinging it near my face.

Not that I am making any admission of guilt on that score for legal purposes.

And who really thinks it is a good idea to point a stick in a monkey’s face?

These are just a few examples of mindless inconsiderate behaviour and believe me there are many more, but these are perfect to illustrate why these should be banned for sale to all travellers, tourists and bloggers, or at the very least require them all to take an IQ test and pass a manners and etiquette exam before being allowed to buy one!

Like most things in life, it isn’t the object itself but the people using it that are the problem.

Just have some basic common sense and courtesy when using them, is that really too much to ask?

Despite the fact that many sports venues, tourist attractions and religious and cultural sites are starting to ban these selfie sticks, and with many more sites and events across the world starting to follow suit, we aren’t going to get rid of these ridiculous accessories any time soon. They have become as normalised as the smartphones they are usually attached to, and probably even the ego driven selfie craze itself.

Both are unfortunately here to stay. At least for the near future.

What I hope will happen is that tourists, travellers, backpackers and travel bloggers alike who use these sticks will start to develop a bit of common sense and basic decency, and practice just a little bit of ‘selfie stick awareness’ before they brandish them.

I hope that people just start to think a little, and realise that just because they have a selfie stick it doesn’t mean they are appropriate – or even needed – for every single situation. If you are climbing up the edge of a mountain and don’t want to lean out, fair enough. If you are skydiving and want to capture more in the shot than just your wind blown face, fine! But please, please realise that not every photograph or video requires the camera to be at the end of a damn stick!

Most of all I hope that people will be a little more thoughtful and understanding before they start to swing their selfie sticks around, and show a little bit of the consideration that I know many backpackers and travellers are more than capable of.

Maybe if they did that in the first place, bans wouldn’t be necessary.

Is Backpacking Changing Or Am I?

The Importance Of Respect When You Travel.

Top 5 Travel Technologies Of The (Not So Distant) Future That Are Changing How We Travel Now.

What Type Of Backpacker Are You?

22 comments on “Why I Hate Traveller’s Selfie Sticks!”