5 Wildlife Activities You Need To Remove From Your Bucket List Right Now. 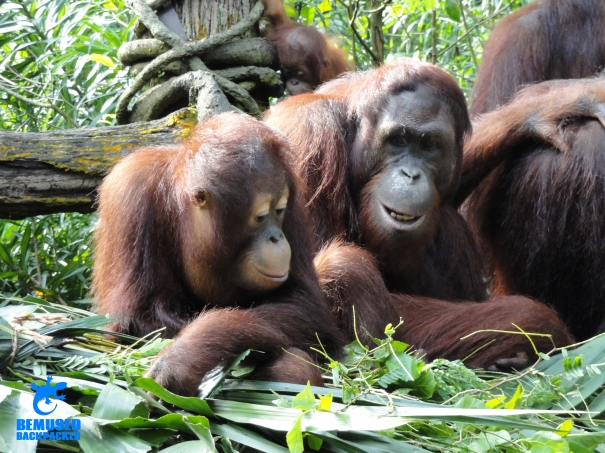 Many people who dream of traveling the world have a bucket list. That vague catalogue of things that they dream of accomplishing before they die, but some of the more popular bucket list items often include interacting with wildlife and many of these have dark consequences that most people don’t even think about. Here are the top 10 wildlife activities you should scrap from your bucket list right now.

I’m not saying here that you shouldn’t dream of seeing wildlife on your travels, of course you should. As an avid animal lover myself I completely understand that need. All I am saying is that there are a lot of bad practices out there that cause a lot of harm and destruction, and support an irresponsible, abusive and exploitative industry, and travellers should avoid those industries whenever and wherever possible.

If you want to see animals on your gap year, that is great. Just do your research, choose responsible and ethical attractions that support, care for and protect wildlife as well as their habitat, and avoid at all costs attractions like that are increasingly recognised as exploitative and abusive.

Swimming with dolphins is a mainstay of the traditional tourism industry and is lauded across the world as an ultimate once in a lifetime opportunity. Some even make the ridiculous claims that the activity has health benefits ranging from beating depression to enforcing the immune system. They will say anything if it gets people to part with their money I suppose.

What many who dream of doing this don’t realise however is that in recent years this activity has come under increasing scrutiny and condemnation as evidence has emerged that it does a lot of harm to the dolphins themselves.

Captive dolphin (and by extension any marine mammal) shows and activities are now rightly condemned as abusive and cruel. Captivity itself has been shown to cause severe physical and mental wellbeing to dolphins who are social creatures who require a large, wild area to socialise, feed and otherwise live, and by supporting captive dolphin shows or swimming with dolphin activities you are supporting this status quo. Even swimming with dolphins ‘in the wild’, has been shown to have a significantly negative impact on the dolphins normal behaviour and intrude upon their natural habitat. This is something to take off the list immediately.

It is possible to see dolphins in the wild in a responsible and ethical way, and if you truly want to see these amazing mammals up close then go on a responsible dolphin watching tour, one where you can go out in a boat and see them in the wild. Just make sure you go with an ethical organisation that maintains internationally recognised standards of minimal interaction and disruption, and certainly doesn’t allow any touching or swimming with them!

Walking with lions is an activity that has grown in popularity in recent years, and one that has been subject to a whole ton of greenwashing, with many industry operators making wild claims of being involved with lion conservation and protection.

It is easy to see why travellers and tourists are duped by these claims. On the surface they seem ideal, with cute lion cubs toddling along in beautiful outdoor surroundings before being offered some food, a cuddle and a photo op with a grinning tourist. Where’s the harm in that? They seem well looked after, right?

Wrong. The truth is these lion cubs are either taken from the wild as cubs or force bred, and often kept in tight, farmed conditions until they are brought out for the tourists. Once they get too old to handle or are no longer cute enough for the tourists selfies, they are sold as targets to a trophy hunter.

You are basically subsidizing the cost of raising the cubs for unscrupulous businesses, who then sell them on to be hunted and killed in the canned hunting industry.

There are a few places that offer a photo opportunity with tigers, but none are as despicable as the infamous Tiger Temple in Thailand, where tourists paid a lot of money to pose for a picture cuddling an abused, malnourished and chained up tiger. Finally shut down last year the extent of the abuse that so many people had been shouting about for a decade was laid bare for the entire world to see. Illegal tiger farming and trafficking, illegal wild capture, the butchering of these animals to feed the black market and the traditional medicine market with tiger parts, declawing and not to mention the daily abuse and neglect the tigers suffered. This is the industry that tourists were supporting with their money, all for that one social media profile pic to show off how ‘brave’ they were. At the time of writing the corrupt Thai authorities still allowing this despicable tiger ‘temple’ to petition it’s reopening and re imagining as a zoo. I urge you all not to support it in any way shape or form, and if you ever do get the opportunity to cuddle a tiger for a photo, don’t.

In many places around the world you will be approached by touts and photographers offering you the chance to have your photo takenyour photo taken with cute, cuddly animals. Much in the same way as the Tiger Temple does with tigers, but with smaller, cuter animals such as koala bears, slow loris’ and many more. These opportunities can range from small back street operations where the animals are often kept caged in horrendous conditions, let out only as far as their owners can make money from tourists, to larger zoos and other animal attractions. Regardless of the scale, they should not be encouraged. The constant handling by people is not good for the animals mental or physical health or well being, the strong flash can even cause damage to some animals eyes to say the least.

Now within this there are of course degrees of responsibility. No one is saying that attending a responsible zoo or an ethical safari and taking a photo of yourself with the unsuspecting animals in the background is harmful, but taking the opportunity to cuddle an animal and using them as a prop for your photo is. 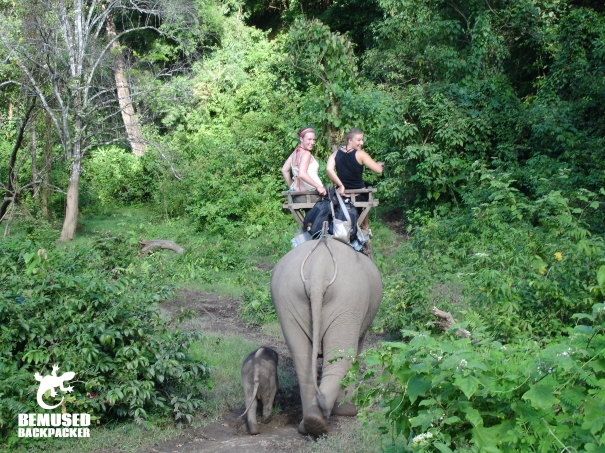 Thankfully this practice is becoming increasingly taboo amongst travellers – and even some tourists – after a decade of campaigning by those who saw the abuse within the industry. Elephants are not meant to be ridden or used as beasts of burden, their spines are not built for it, and the weight of the saddles causes massive health problems, not to mention the skin damage caused, but it is the process that elephants have to go through to ensure they are compliant enough to make money from gullible tourists. They are often illegally captured from the wild to begin with, but all have to go through a process known as the crush, a particularly horrific ordeal where they are kept in cages or tied up so they cannot move and beaten and starved constantly until they are compliant.

This is not hyperbole either, the facts are all out there now for anyone to see and research. Years ago people had an excuse for not knowing when the information simply wasn’t as widely available. They cannot claim that now.

Over the last few years there have been a lot of organisations offering more responsible alternatives to elephant trekking, such as walk alongside treks or washing the elephants with a minimal amount of interaction. The best places to see elephants in the wild are those that only allow viewing from a distance, and where tourists money actually goes to the protection and upkeep of their natural habitat. A lot of these places still aren’t ideal, but they are a huge step in the right direction and prove that responsible wildlife tourism can be far more profitable than irresponsible wildlife tourism, which at the end of the day is what will make the big difference.

These more responsible options offer a better alternative to travellers who want to see these amazing animals up close, so please, if you do still see elephant riding or trekking on your travels, please do not support it by participating.

It is obvious why many of these activities are on so many bucket lists. They are experiences that allow us as humans to have a special interaction with animals that the majority of people doing them love. But many of those same people don’t realise the extent of the harm they are causing or the real issues behind those activities, and that is why they must all stop.

The Elephant In The Room: Why You Shouldn’t Go On An Elephant Trek In Thailand.

The Horrible Truth About Animal Sanctuaries.

Why Zoos Are An Important Part Of Responsible Wildlife Tourism.

Wildlife Tourism On Your Gap Year, The RIGHT Way.

12 comments on “5 Wildlife Activities You Need To Remove From Your Bucket List Right Now.”