Top 10 Awesome Filipino Dishes You Have To Try.

Filipino food has a bit of a bad reputation as being bland or boring, but nothing could be further from the truth! Check out these amazing dishes that will blow your tastebuds away and turn your entire image of Filipino cuisine on its head!

Filipino food does have a bit of a dull reputation but this is almost wholly unfair. South East Asia as a region is generally very well known for it’s food, and I think Filipino cuisine suffers a lot in comparison to its neighbours Singapore and Thailand, both of which are ultra foodie destinations and have world famous signature national dishes. Filipino food does not have that , and its entirely unique mixture of Asian and Western influences often defy easy categorisation.

Unlike most food from the region, food in the Philippines has very strong and distinct Spanish and American influences which makes it completely different to anything else you will get in the region, or even the world, and the strong partnership of local traditional food, regional variations and an eclectic love of fusion food, not to mention their love of chillies, will give any open minded traveller an explosion of taste and flavour if they just give it a go.

Here are just a selection of the eclectic dishes and meals from the Philippines, so the next time you are in the country you have no excuse not to give them a try!

This Filipino hog roast is a prime example of the influences the Spanish colonization of the country had on the cuisine, and is the national dish of the Philippines. This suckling pig is roasted over a spit and is one of the best portions of barbecue pork you will ever have! 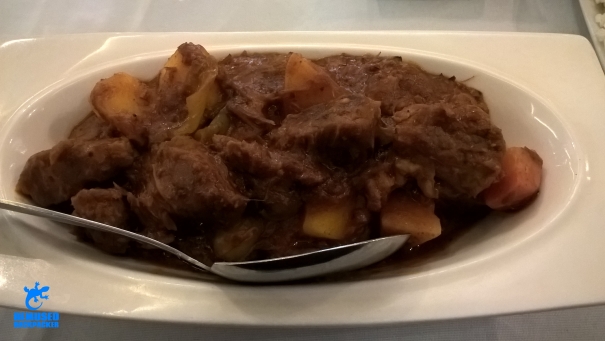 If anything would be considered as one of the major national dishes of the Philippines behind Lechon, this would probably be it. This is essentially a dish where any kind of meat, fish or even vegetable dish is marinaded in vinegar, soy sauce and garlic. You can see the strong Spanish influence not only in the heavy choices of meats but even in the name, adobo, which is Spanish for marinade.

Pinangat is a dish with any type of soft and meaty fish soured in some sort of sauce, commonly tomato and calamansi juice, but the Bicol region has a version where it is made with taro leaves, chilli and coconut milk and it is absolutely delicious!

These uniquely Filipino nuts are only produced in the Philippines and nowhere else, specifically in the Bicol region where they give the local cuisine a distinct flavour. These wafer thin nuts are eaten as a snack, usually coated in a chilly flavouring, or used in a whole variety of dishes.

Bicol express is unique to the Bicol region and is another dish that shows a lot of heavy Spanish influences with an Asian twist. It is a meat stew (usually pork) made with coconut milk, onion, chillies, garlic and shrimp paste or fish stock, and it is absolutely delicious with rice!

This national dish is wrong on so many levels and absolutely redefines the term acquired taste! This egg is boiled with the growing embryo of the bird inside it, basically you are eating a half formed bird, not just the yolk. I’ll try anything once, especially if it is a national dish or considered a delicacy (with only very few exceptions on moral grounds such as shark fin soup) and I did, but not again! It was disgusting, and the only dish in my opinion that is deserving of the bad rep the Philippines gets!

Henceforth ever to be known as silly ice cream after a confused interpretation on my part, this chilly flavoured ice cream from the Albay region is delicious and comes in three distinct ‘strengths’, the lowest is delicious and does not have much of a kick, but I haven’t tried the hottest variation yet!

One thing the Philippines is really great at as well is fusion dishes, with so many heavy American and Spanish influences in their dishes how could they not be? They have taen a lot of their local dishes and flavours, infused them really well with national dishes from around the world, and made them into something unique that they can claim as their own.

This in one sense was very familiar but at the same time unlike anything I have ever tasted before. The unique taste of Bicol express was a perfect accompaniment to the traditional Italian pasta. 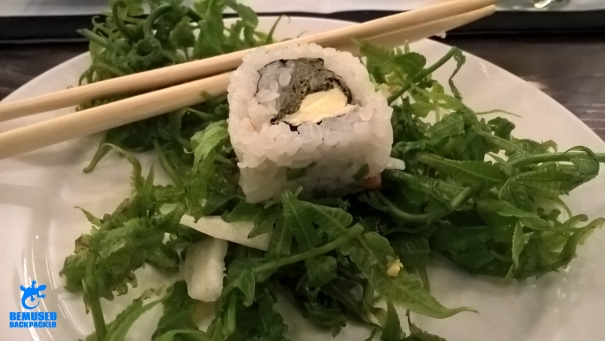 Simple and unique, these basically use traditional Filipino ingredients and flavours instead of the usual fillings of sushi and sashimi and they are delicious!

These are just a fraction of the deliciously unique food available in the Philippines, so I urge you all not to believe the rumours and go and try this amazing cuisine out for yourselves, you really won’t regret it!

This article was written in partnership with the Tourism Promotions Board Philippines andTBEX. The views and opinions expressed are entirely the authors own based on personal experiences when travelling and are honest and factual without any bias.

Adventure Is Just More Fun In The Philippines.

My Top 10 Favourite Foods And Dishes In Singapore.

10 comments on “Top 10 Awesome Filipino Dishes You Have To Try.”